“Infinite Blue” is an otome chat simulator, or romance visual novel, estimated for release in late 2023 for iOS and Android platforms. The premise is that players, along with six strangers, have a messenger app mysteriously downloaded onto their phones with no way of uninstalling it. In the course of 10 real-time days, the player will have the opportunity to grow close to these strangers through a chatroom, and figure out why and how the messaging app was installed.

A pinging sound signals a notification on your phone – a chatroom app has been mysteriously downloaded that can't be uninstalled. You’re not the only one. You and six strangers, all living near the same city with different backgrounds and lifestyles, come together to try and understand why they were chosen to be a part of the app, and just who installed it. As the days pass and you become immersed into each other’s lives, it’s not long before these strangers begin to take an interest in you. At the same time, a literal and figurative storm is brewing, and somehow, you’re at the center of it. As love blossoms and thunderclouds form, your choices will change the course of these stranger's lives forever.

In Infinite Blue: Scavenger Hunt, you will be introduced to and get to know the characters for the first time and try out the messenger system for one day of real-time gameplay as the boys try to win you a prize in a city-wide scavenger hunt!

You and the boys have already been talking and are familiar with one another, but have yet to meet in person. On a whim, they decide to compete in a city-wide scavenger hunt in order to win your heart - and a prize! They will keep you updated on their progress on the hunt via the messenger, figure out different clues, and compete to be the first one to win you a gift. Your choices in the chatroom will give the boys a boost and determine who makes it to the finish line first!

We will be launching a Kickstarter on May 17th, here is a link to the pre-launch page:
https://www.kickstarter.com/projects/velvetfoxgames/infinite-blue-an-otome-visual-novel-for-mobile 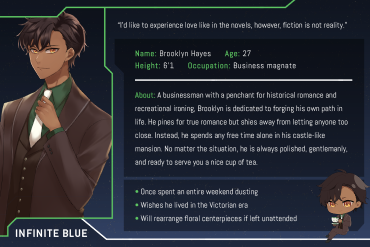 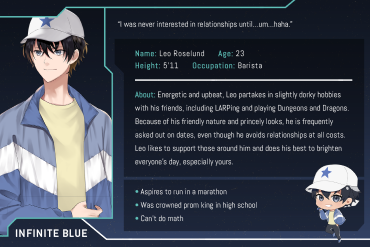 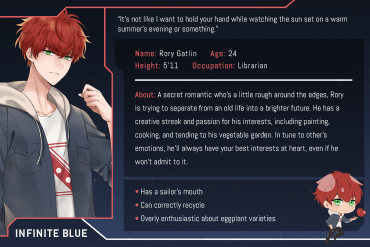 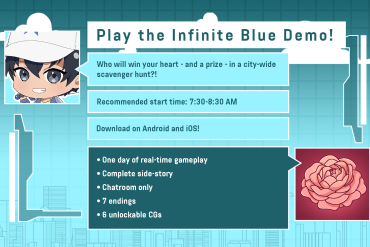 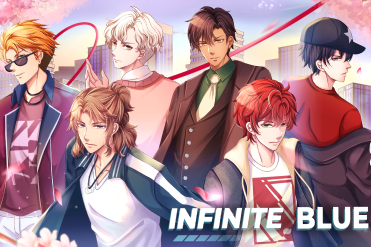 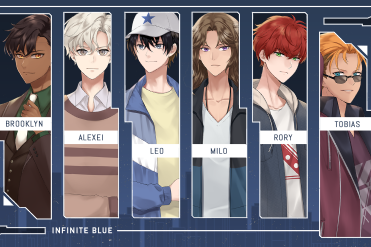 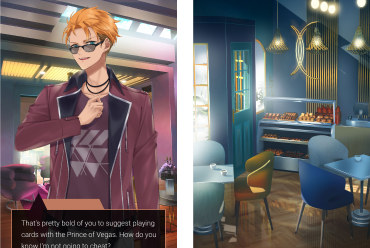 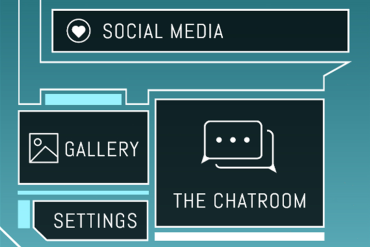 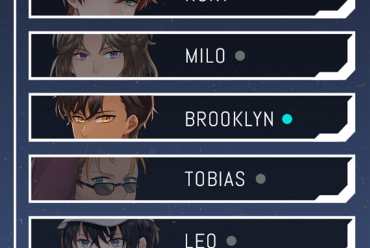 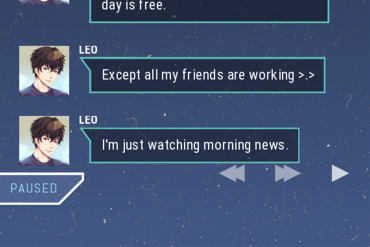 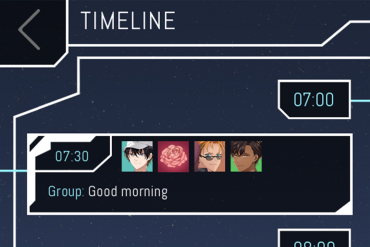 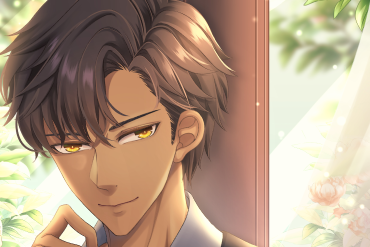 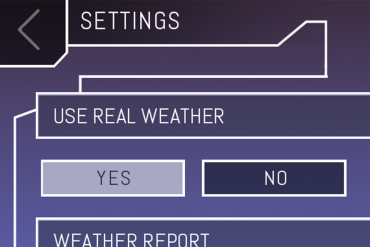